Russia has demanded that Ukrainian forces holed up in a Severodonetsk chemical plant lay down their weapons and surrender this morning.

It comes as Moscow’s forces inch closer to gaining control of the strategically important city – one of the last in the Donbas region that they have yet to win.

Ukraine has said that more than 500 civilians and an unspecified number of soldiers are trapped inside Azot, a chemical factory where they have been sheltering from a Russian bombardment that has left much of the city in ruins.

Mikhail Mizintsev, head of Russia’s National Defence Management Centre, told the Interfax news agency that Ukrainian troops should “stop their senseless resistance and lay down arms” from 6am UK time.

He promised civilians would be able to escape through a humanitarian corridor – although his words come a day after it was reported that two of the three bridges out of the city have been destroyed, with the third one old and unsafe.

Luhansk’s governor Serhiy Haidai said that the civilians in Azot “can no longer stand it in the shelters, their psychological state is on edge”.

The situation is reminiscent of the battle for Azovstal steel plant in Mariupol, where hundreds of fighters and civilians sheltered until their surrender in May. The Ukrainian soldiers in this instance remain in Russian custody.

Mr Haidai said that the Russians control about 80% of Severodonetsk and he told the Associated Press that mass evacuation of civilians now was “simply not possible”. 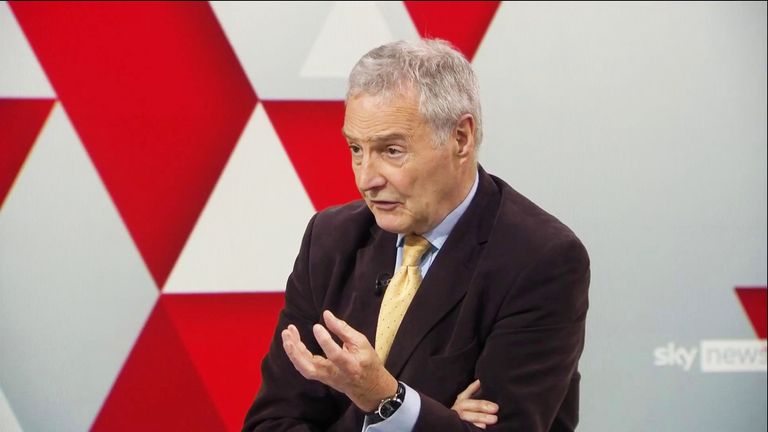 Key developments:
• A senior US defence official told Foreign Policy magazine that Russia’s options are limited while Vladimir Putin refuses to formally declare war on Ukraine. The Russian president still describes the invasion as a “special military operation”, meaning he cannot draw troops from the general population
• Farmers in Odesa have started their grain harvest, but Russia’s invasion will mean a global wheat shortage for at least three seasons, Ukraine’s agriculture minister said
• There are reports of overnight shelling in the Kharkiv region and the UK Ministry of Defence has said Russian forces appear to have made small gains there for the first time in many weeks 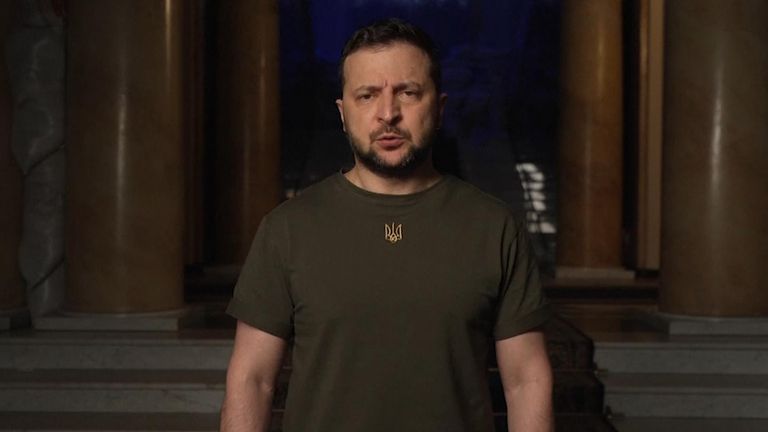 ‘We are dealing with absolute evil’

Losses in parts of Ukraine are ‘painful’

Ukraine’s president Volodymyr Zelenskyy said on Tuesday night that losses in Severodonetsk and the northeastern city of Kharkiv have been “painful”.

Ukraine has said that between 100 and 200 of its soldiers are losing their lives every day, with hundreds injured. Russia has not supplied figures, but its losses are also thought to be high.

The other main city in Luhansk that is still under Ukrainian control is Severodonetsk’s twin city Lysychansk – but the loss of the bridges means access between the two is difficult, and fighters risk being encircled by the Russians.

Ukraine continues to plead with Western powers for more weapons to help defend its remaining territory in the Donbas, an area that includes Luhansk and Donetsk.

Russia claims to have destroyed a number of weapons shipments from the US and Europe over recent weeks.

Also on Tuesday, Russia published a list of 29 British media and defence figures it has banned from the country.

The foreign ministry said the list was a response to the British media’s “deliberate dissemination of false and one-sided information” about the war.

It includes Sky News chief correspondent Stuart Ramsay and politics presenter Sophy Ridge, as well as correspondents for the BBC, The Times, and The Guardian.